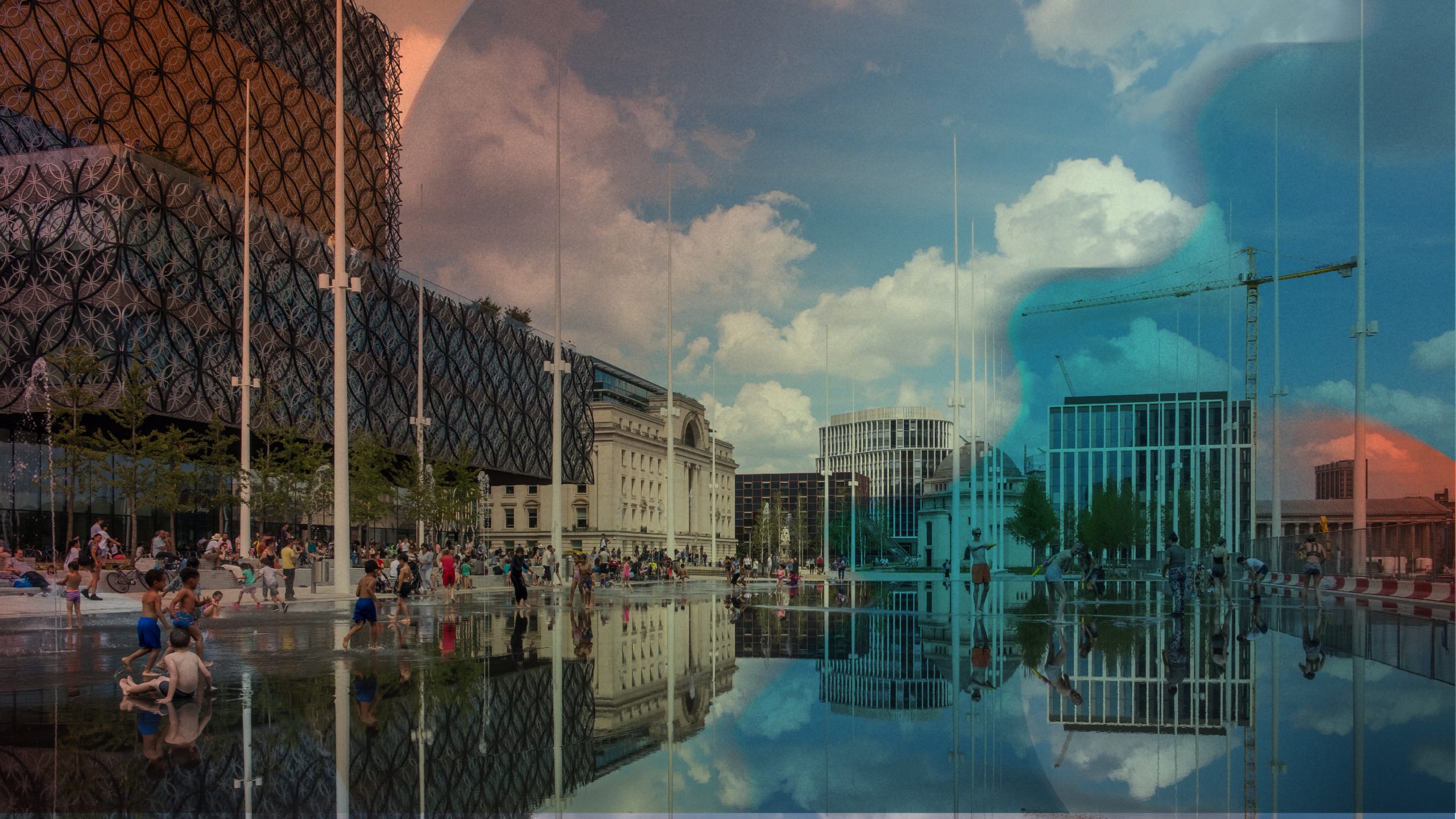 With land we can: a new narrative for land

The way we use land in the UK is broken. It lies at the root of some of our biggest social challenges, from the housing crisis, to climate change, to the demise of the high street. And yet as a society we continue to fail to make the reforms needed – or even to see changing our approach to land as a priority.

Starting to understand why was the task we set ourselves in the Summer of 2020, when we began a project with Shared Assets to understand the dominant cultural narrative of land in the UK – culminating in our report of November 2020; Power in Place.

That report found that the current land narrative frames land as inherently vulnerable to people, narrowing the options for the relationship between them to a binary choice of exploitation or protection. By portraying the current way that land is managed and allocated in the UK as tied in with national history and identity, it positions reform as always radical and dangerous, risking descent into mob rule and collective imposition on the individual. Where reform cannot be framed as dangerous, it is depicted as idealistic and utopian, out of step with the reality of a competitive race to grab a scarce and depleting source of security.

These two core frames operate by appealing to a set of related values, as set out in the diagram below, and have become the habitual common sense way that land is understood in regular discourse.

The effect of this dominant narrative is deeply regressive. By positioning all attempts at reform, however mild, as inherently destabilising or fanciful, it locks in place a system that causes multiple negative social outcomes, making it seem – inaccurately – a necessary and natural part of the status quo.

Changing, and ultimately replacing this narrative is no easy task. Its success is such that it has seeped into the foundations of our understanding of many other issues, and become embedded in our related concepts and practices. Its core framings have become assumptions that underlie the way we discuss all sorts of issues, and operate as ‘traps’ that are often unintentionally reinforced even by those who would oppose their logical premises, for example when efforts to extol the virtues of past land reformers as a way of showing change is possible instead reinforce the sense the system is deeply historically rooted. Crucially, the narrative is maintained and supported by the unequal systems of power and wealth that it helps to justify and obscure.

Nevertheless, it does have weaknesses which leave opportunities for change, as our original research identified. Over the last 9 months we have been working alongside Shared Assets and Land in Our Names – a grassroots black-led collective – to design the basis of a new land narrative, building on and supporting the efforts of marginalised communities to reimagine land use during the pandemic. The project is entitled ‘Emerging Land Voices’ and has been funded by the Emerging Futures Fund of the National Lottery Community Fund.

So what is this new narrative? Well rather than give you a long history of our design and research process, let’s start with a film:

We’ll talk a bit about some of the principles and core frames of this new narrative shortly, but starting with a visual media output – rather than a document or set of guidelines – was a central choice of how we wanted to approach this project, in line with the principles of how we approach narrative work at the Lab.

As expected, it threw up a number of immediate practical challenges, and allowed us to take first steps in showing how those might be tackled, which hopefully will provide a useful example for future projects. In particular, as should be apparent from the film:

Principles of a new narrative

As we developed this first practical expression of a new narrative, we also sought to establish its core principles and frames, analogous to those of the currently dominant narrative above.

This process was aided hugley by a series of five creative workshops held with leaders from marginalised communities working to reimagine land during the pandemic, that we held between October 2020 and May 2021. A list of many of the people involved in the workshops is included at the end of this article, and we’d like to extend particular thanks to them, and invite you to check out their many wonderful projects and activities.

Again, to cut to the chase, here is the first version of the structure for the new narrative we have formulated:

What should be most apparent is that the basic structure and relationship between the core frames in this narrative is fundamentally different to that of the existing narrative. Rather than having a binary choice between two opposed options, each of the core frames in this new narrative is intended to support and mutually strengthen the others, in a virtuous cycle. To take them in no particular order:

An important point to make at this point is this narrative has been designed specifically to help break the inertia that has impeded significant progress towards land reform in the UK (Scotland aside), and as such is primarily about getting past the defences of the current narrative and opening up the subject as a topic of conversation and creativity, rather than positing a specific set of changes or a future scenario to aim for.

One possible critique we anticipate is that is insufficiently radical – our response would be that there has been no shortage of proposals for radical land reform or detailed descriptions of what a better future system might look like – the problem this narrative attempts to solve instead is how we kick start a journey in that direction which has been stalled for far too long. The stark reality is that such is the success of the current narrative that a big part of our challenge before getting people to think about land differently, is getting them to think about it all.

As with all of our narrative work so far, we definitely see what we have produced up to now as a starting point, and look forward to an ongoing process of iteration and improvement based on feedback and testing in practice. No narrative is ever really ‘finished’, and If this one is successful and gains currency, it will need to evolve and be updated to take account of the changed context. Equally such a scenario will likely see the dominant narratives that justify the status quo evolve to defend their position against such a challenge. Considering all these possible outcomes, we are excited by the ways the different elements of this narrative overlap and work together, and the depth of creative possibilities that each of them suggests is possible with more exploration.

How to spread it?

Allowing for the fact that this is a new first draft, and will surely be subject to many updates and improvements over time, we are confident we have started to establish principles and examples that can begin the journey towards the change that is needed.  The next step will be to take the principles we have established, and use them to produce materials and interventions to test and improve how effective they can be in shifting public discourse.

Our film above is one small step in this direction – another example already carried out is a media training workshop held in May 2021 in which we worked with 20 land advocates and leaders to establish how they could use the new narrative to effectively present their stories and gain media coverage.

We intend next to produce more example materials, carry out more training, and further develop how this narrative can work in practice, including short story films about some of the leaders we have worked with, and reusable content for presentations on the subject. But ultimately the task of substantially shifting the dominant narrative on land is not something we will ever be able to move forward alone.

What we want to do next

There is no underestimating the size of the task that remains if this work is to be the start of changing the way we understand land in the UK. As we have discussed, the current narrative is deeply embedded, and underlies systems of power, wealth and privilege that will not easily give them up.

We will need to be patient, build power, and refine and sharpen our new approach through testing and collaboration. Much still needs to be learnt about the best ways to tackle the process of narrative change on this subject, but there are a number of promising avenues we have identified that we would be keen to work on further with support.

Firstly, while the Power in Place report gave us a good understanding of the conceptual structure and functioning of the current narrative, more work needs to be done to detail the exact ways in which the existing land narrative is embedded in current culture, practices, institutions and discourse – who is spreading and reinforcing it, and why, and where the opportunities lie to build alternatives. We call this a Narrative Power Analysis, and we are keen to carry this out as a key next step.

Secondly, over the course of this project we have been grateful to learn from a community of incredible and inspiring leaders who are reimagining land use today. We would love to continue to build and support this community, help them to make the most of the new narrative, and support them to collaborate and learn together.

Finally, in our conversations with these leaders and others through the course of this project, we have heard so many great stories that we believe could be some of the most powerful ways to seed the new narrative into public discourse. With the right time and resources we believe these can be developed into a range of materials for social media, traditional media, in person presentations and more, that can be taken up and used by those who want to help in changing the land narrative.

If you’re able to help with any of this, or would otherwise like to be involved with or learn more about our work on this project, you can reach us at info@futurenarrativelab.org

We’d like to thank everyone who helped with this project so far, if you were involved and aren’t listed, our apologies and do let us know so we can add you!